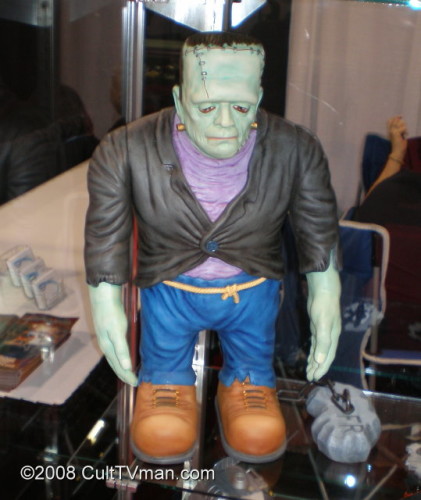 iHobbyExpo is the big hobby trade show held annually in Chicago. Each year companies introduce many of their upcoming products, as well as showcase their best lines. This year, there was plenty of new kits and reissued product on display for the fantastic modeler. You’ll find plenty of photos in the album above. Here are some of the highlights:

Moebius continues to bring out new Sci-Fi and monster kits. Moebius was showing pictures of the new 1:32 scale Voyage to the Bottom of the Sea Flying Sub which could be out in the first quarter of 2008. New kits announced are figures of Spiderman, The Green Goblin, and Karloff’s Frankenstein. No images were available pending licensor approval. The new Monster Scenes kits were shown, including the incredible store display. The store display is limited to 500 sets and features prepainted Giant Insect, Dr. Deadly, and Victim kits. The display is available to retailers as part of an assortment package of kits. These will be out in the next week or three. The second wave of Monster Scenes should arrive in November along with Gigantic Frankenstein. The Moebius booth features build ups of all their kit as well as the upcoming Karloff Mummy pattern, and the incredible Conan resin kit.

Round 2 is ramping up their line of reissued kits. The most exciting news is that they will be reissuing the Interplanetary UFO Mystery Ship. this will be in the green tinted AMT box from the early seventies. Look for this in June. Also coming from Round 2 will be the C-57D which is slated to include new crew figures, Robby’s transport, and even an ID monster sometime in August. Along with that will be a reissue of the Robby the Robot kit in March, which has always been very popular with model builders.

In Star Trek news, Round 2 has tracked down the molds for the Mr. Spock kit and plan to reissue it. The first have to restore the toolings which were extensively retooled in 1979 for Star Trek The Motion Picture. Look for that next October.

The 1:350 Refit Enterprise is coming out again in March. This is supposed to include aztec decals to cover the entire ship. A very nice build up by Jim Small was on display. A new 1:1000 scale USS Thunderbird is coming in Nov. of 2009. This is the Akira class kit previously announced at Wonderfest this year. Also previously announced was the Enterprise E, coming in Jan.

Rounding out the Round 2 reissues are a square box glow version of the Aurora Witch, Scooby Doo’s Mystery Machine, the Polar Lights dino kits, and the Munsters Koach and Dragula in a collector’s tin. They also have a bunch of cars coming, but I don’t pay too much attention to cars!

A big surprise this year at iHobbyExpo was Pegasus Models. This company is known for military kits and diorama parts. They were showing a nice Martian War Machine from George Pal’s War of the Worlds. This model is plated with a chrome/copper finish and includes clear parts for lighting. It will be available as a kit or preassembled model. Also available will be a small War of the Worlds diorama with two war machines and tanks. A new concept spacecraft called Apollo 27 will be coming out. Pegasus has also announced a kit of the ship from Galaxy Quest, and a new Nautilus based on the book 20,000 Leagues under the Sea.

Revell is ramping up their reissue program in 2009. The most exciting news from them are reissues of the Babylon 5 Starfury and Space Station. While the B5 station is still easy to obtain, the Starfury has always been popular and the prices have gone up considerably recently. Revell will also be reissuing four of the classic Aurora monsters – Frankenstein, Dracula, Wolfman, and Mummy, although they will be in new boxes. This will be a good opportunity to get these kits if you don’t already have them and a good time to buy extras to build with your aftermarket monster heads!

For the 40th anniversary of the moon landing, Revell will be reissuing kits under the “Buzz Aldrin Rocket Hero” banner. These will include the 1:32 Apollo CSM, the 1:48 Moon Landing kit, and the 1:144 Saturn V rocket. The Saturn V is welcome as it has not been reissued in some time. Start shopping now for your aftermarket detail kits and decals!

Revell is also continuing the Star Wars line of kits originally produced by Revell Germany. The best kit in this line is the large AT-AT. There is also a snap Y-Wing, Slave One, and Snowspeeder. Revell will also be selling the line of small “mini-snap-tite” Star Wars kits. These include X Wings, Anakin’s Jedi Starfighter, ObiWan’s Jedi Starfighter, Vader’s TIE Fighter, TIE Interceptor, the Rebuplic Gunship and Sith Infiltrator

Last from Revell will be reissues of several Tom Daniel kits including Tijuana Taxi, Red Baron, and Rommel’s Rod. You’ll recall that Moebius was supposed to issue Rommel’s Rod, but apparently that deal fell through.

Lindberg has proven to have some surprises up their sleeves in the last year. They have brought us re-releases of the Hawk Weird-Oh lines, the Testor’s alien UFOs and most recently the old Lindberg Mars Probe. New on the horizon from Lindberg will be reissues of the old Space Base and Satellite Explorer. These are similar to the old Stromberg kits that were reissued by Glencoe, but they are different kits. There will also be the Mars Probe Landing Module, another vintage Lindberg space design. It also looks like the Visible T-Rex kit which was announced last year will be out soon.

Monarch Models was on hand with the new pattern for Gorgo. Gorgo is the first officially licensed kit from Monarch and is expected to come out sometime next year. Also on display was the Sinbad pattern which was first shown at Wonderfest this year. The Ghost of Castle Mare was shown, but Monarch said their have been further tooling delays and will now be pushed back to the first quarter of 2009. Monarch wants to make sure the kits are exactly the way they want them before they will go into production. Frightning Lightning Long Box versions of Nosferatu should be available soon through the Monarch website exclusively. There should also be a mass market glow kit in a square box sometime in the future. 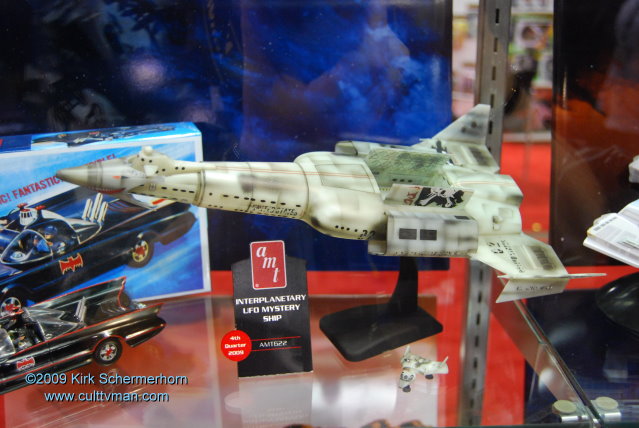 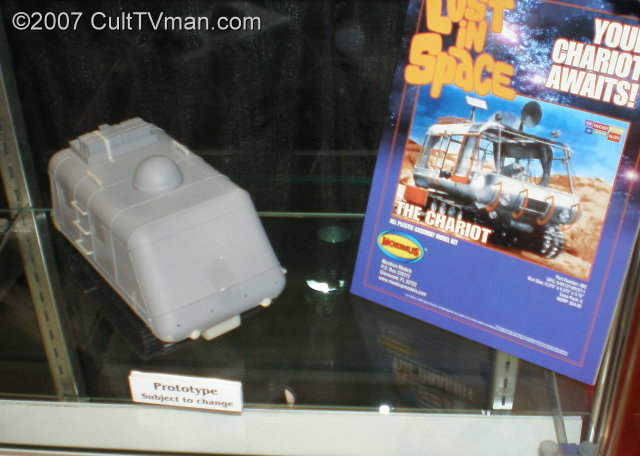