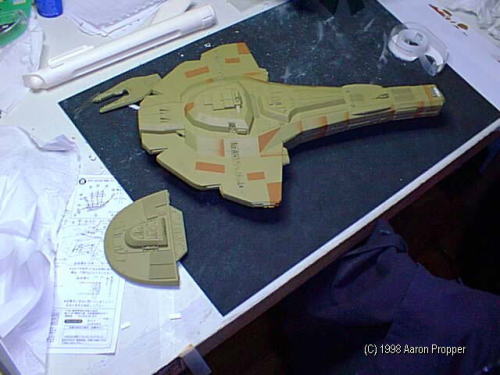 Aaron Propper is hard at work on a Cardassian Galor class cruiser. Here it is awaiting more masking so, as Aaron puts it, “I can finish the poor thing off”. Aaron began the kit when it was first released. He got as far as the first coat of paint. “Since it’s almost a year later,” says Aaron, “I figure I should finish it off and free up my bench for other projects such as the Thomas Models scout conversion kit, seen in the top of the photo. “