Here is a special On The Bench treat from our good friend Joel Tavera. Joel has a number of models on the CultTVman site, and here he shows us a project for start to finish. Joel was tasked with designing an interior for the Lunar Models Flying Sub kit. It took him a while, but the results are great! 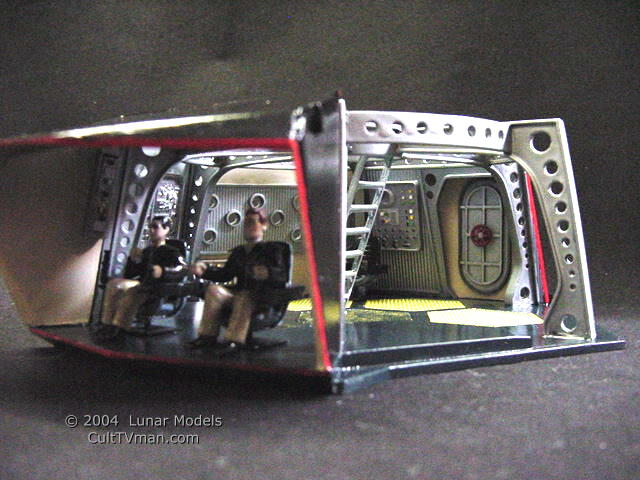 You will see the finished figures for the interior set. I used the regular 1/32nd scale figures as sources. Admiral Nelson is the portly guy with the two arms that have the joystick control in his grasp. Capt. Crane has the other two arms, one pointing and the other at rest.  The armrest/controls are one piece that will be gently adjusted by the modeler with hair dryer or hot water. Now this set has the joystick attached in case the modeler doesn’t want the figures. If he does want to include Nelson then all he has to do is remove a portion of the joystick top.

I got these pics for you to see of the primered patterns before I sent them off to Lunar Models. Here you will see the naked plastic before the molding process. In some of the pictures you will note that the parts were taped to test out the fit of the pieces.

There are some shots where you will see that the Flying Sub ribs are attached to the bow and aft bulkheads and the bottom styrene piece and resin docking ring in turn also attached to them, to test the completed interior’s assembly fit through the ribs. From these pics you can see that the details was followed as closely as possible to the original studio set.

The pattern is now cast and here is the very first build up of the model that Randy built and lit up himself. It is made so that it will fit into their large Flying Sub like a glove and is as faithful as can be. Randy spared no expense in time and effort to make this modeler friendly. 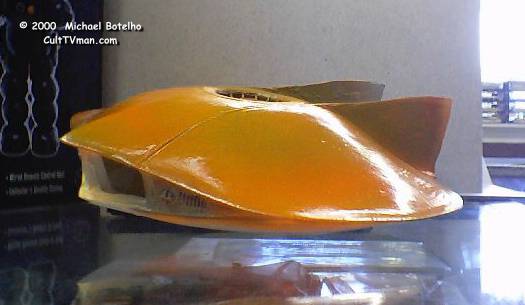 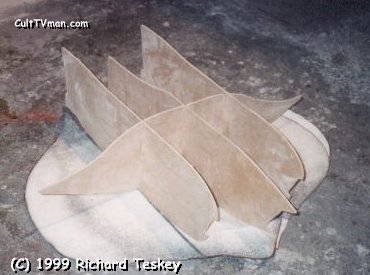