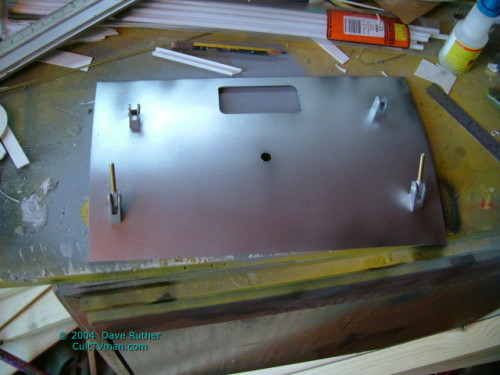 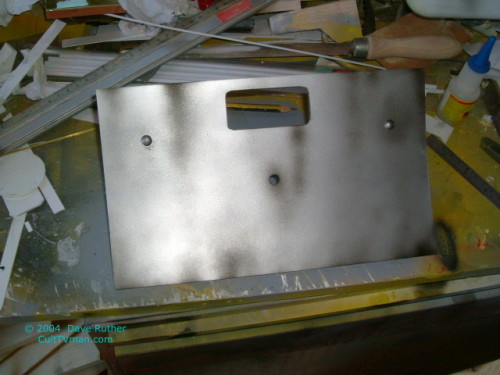 The shovel was cut from thick plastic card and bent to get the subtle curve in it. Brackets were made from plastic card and fitted with pins – which would line up with the arms when fitted to the Firefly. Rivets were fitted to the front of the shovel and the window and cannon holes cut out. This entire assembly was sprayed aluminum and weathered with my airbrush.

The final touch was the wires running from one of the arms to a small hole in the pivot. 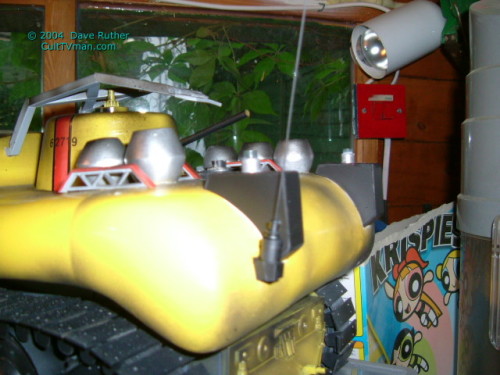 Next job was to start on all of the greeblies on the back of the Firefly. The ‘beer kegs’ were sprayed aluminum and glued into position as were the girder bridge parts.

An empty mousse tub proved to be the exact shape for the turret thingy on the back of the vehicle. A slot was cut into this and a cannon/extinguisher/whatever made from brass and fitted inside. This was sprayed yellow, more red/black stripes added and rub down number transfers. 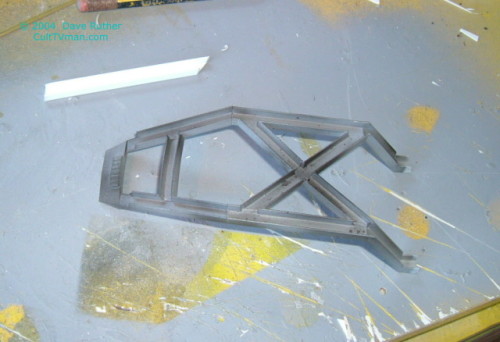 The protective cage that sits atop this turret thingy was made from plastic girder section and sprayed grey. A VERY fiddly job, I can tell you. I swear (and I did) there was more super glue on my fingers than on the blooming plastic! 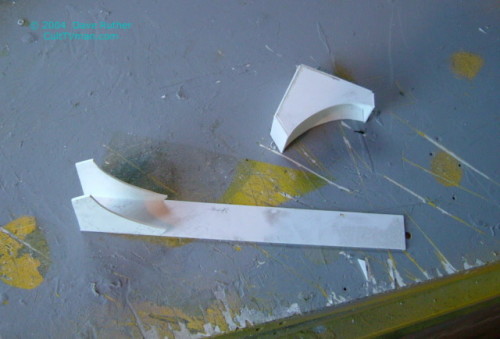 Next I made up the two box sections and the aerial assembly that sits at the back of the Firefly.

These parts were painted matte black and glued into position. 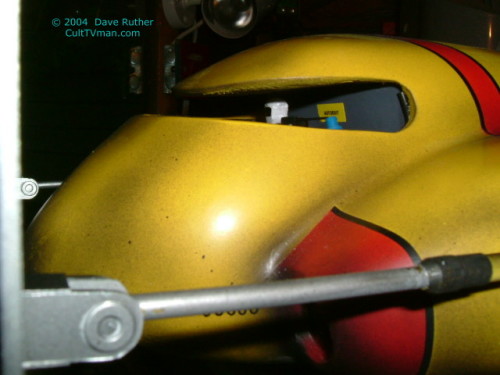 A cockpit was then made up from plastic card and kitted out with miniature switches, levers, microphone, lights and dials (none of which worked!). The ‘Virgil’ figure was a soldier model coated in car body filler and roughly worked into shape. Basically, he supposed to be wearing a flame resistant suit and headgear, and this quick and easy process did the trick. He was then sprayed white with the face window painted.

I then heated him up (as you do!) and bent him into a seated position and glued him into a plastic card seat. 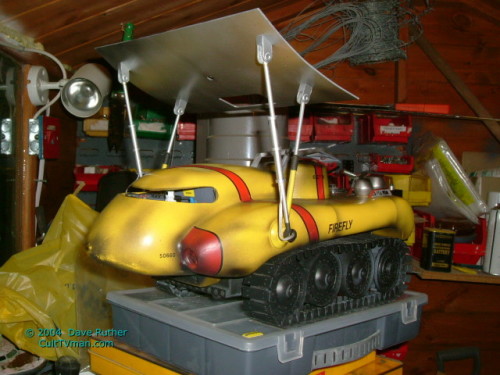 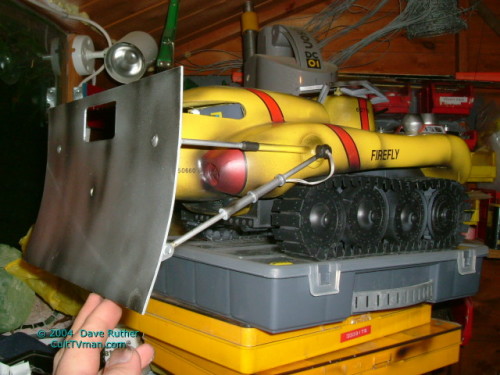 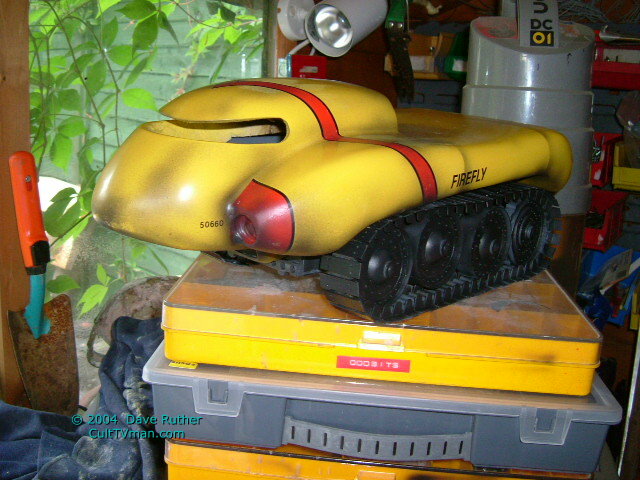