This is a vision of what a possible final refit of the Excelsior class might look like. Seeing so many of them in service during the dominion war I figure that they would eventually have to be given suitable upgrades to hold their own with ships that are far more modern.

This Excelsior class ship uses a saucer from the AMT/Ertl excelsior kit with the Ent.-B auxiliary impulse engines mounted further in to clear the warp nacelles (something that I always thought was a design flaw). I used the Ent.-B secondary hull with the excelsior’s main deflector and Don Matthy’s detailing parts. I also added an extra set of Don’s Torpedo tubes to the front of the secondary hull. The nacelles have been lifted (again to clear the impulse engines) and the lower hanger deck reworked as well as Ambassador class style phaser arrays.

I finally got some primer on it and ready for paint. It’ll soon be detailed using Walker Enterprises painting templates and detailing decals from Don Matthys and JT Graphics.
Han Erickson 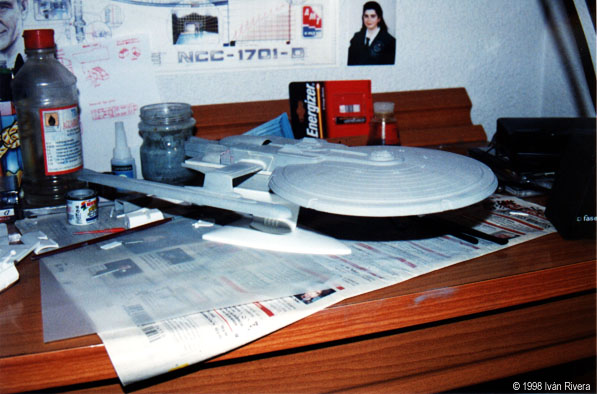 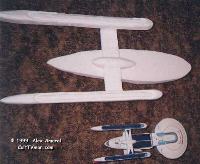 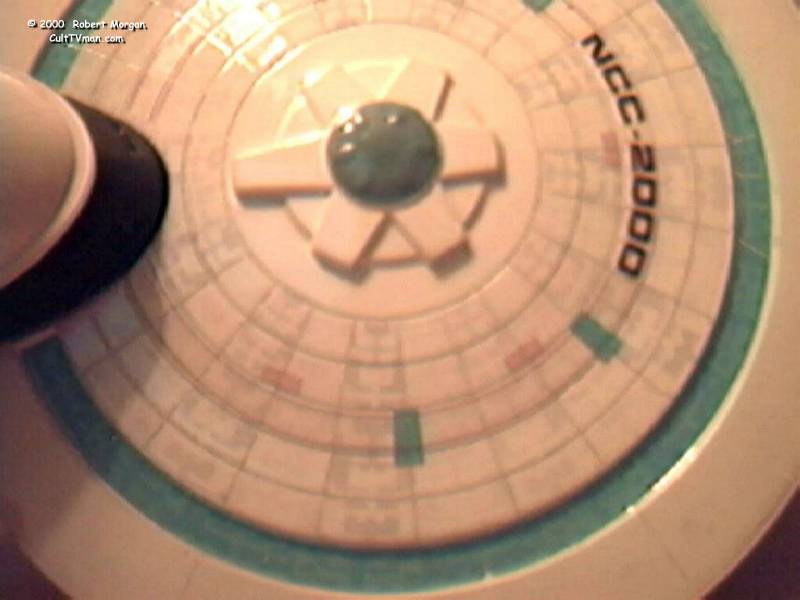