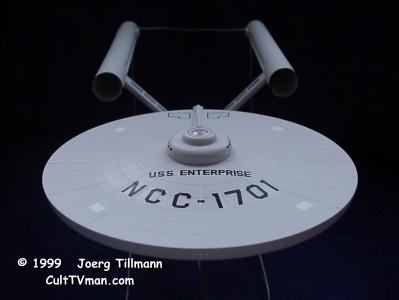 Joerg Tillmann is bringing a 18″ Enterprise to life with a little paint and decal work.

I’m currently working on my first model after years (actually I built my last model when I was a child) and chose the Ertl 18″-E. for my first attempt to build a model using things like putty, airbrush etc 😉 . 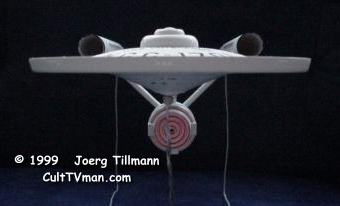 Though reading carefully the articles on your website and in the digest I made some mistakes, but I also learned by them (even to repair cracked seams on a nearly finished model without having to repaint the surface. Damn, now I know to keep the model in a safe place while not working on it 🙁  For my next models I think about securing critical seams with tape from inside where possible and build a secure stand for working). 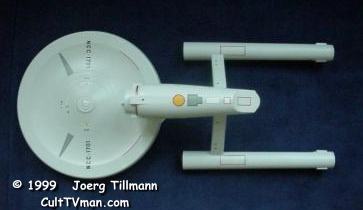 All in all I’m pleased with the results so far regarding it’s my first model I build that way. The only thing I’m not so satisfied with are the decals. I’ve used the “Shane Johnson” decal set (wich is very good when you are too lazy to paint the windows by hand 😉 but here and there the decal film is visible as if the decals didn’t stick proper to the surface (though they do). I suppose it’s because I didn’t gloss-coat model before applying the decals. 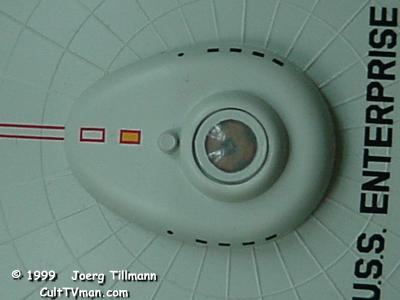 I didn’t modify the model except for the bottom of the primary hull. For engraving the rings to their proper positions I’ve used a tool that I found in a stationer’s shop and which is normally used for cutting paper with a compass. I turned the small blade in a 90 degree angle and it worked out perfect 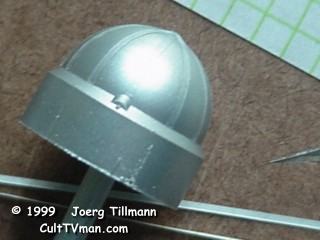 I’m trying to let the model look like the studio-model after it’s recent renovation in 1991 (but without the grid lines on the bottom of the primary hull). Therefore the front caps of the warp-engines had to be more than just red. First I painted the caps silver 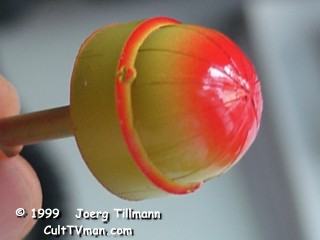 Then I cut 1mm tapes from a sheet of masking film (6 per cap), which I pasted symmetrical on the caps. After that I painted the caps yellow with a red highlight on top. 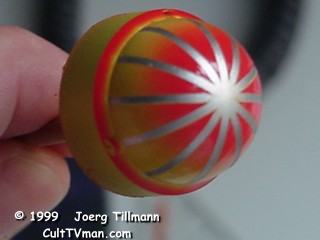 Removing the tapes revealed the striped rotating disc inside the ’91 nacelle domes.

Now I applied a coat of transparent red to the domes. 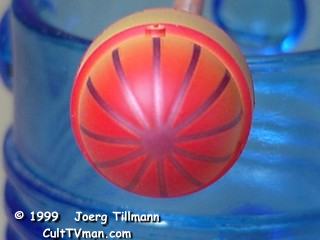 Finally I coated the caps with dull coat to imitate the frosted glas. Voila! Not perfect, but nicer than plain red 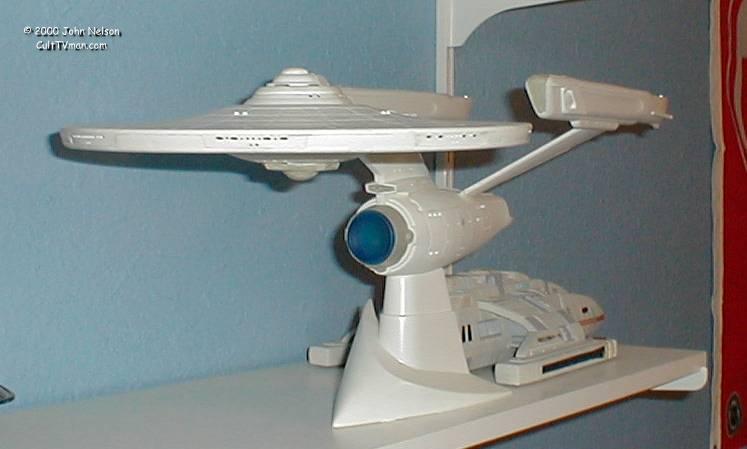