The following photos I’m sending are of the completed first floor of the Jupiter 2 from Polar Lights. Everything was constructed of Evergreen sheet styrene consisting of different sizes and thicknesses. This first photo shows the walls behind the freezing tubes and the support ribs. The ribs have openings at their bases which will allow light from below to illuminate them. 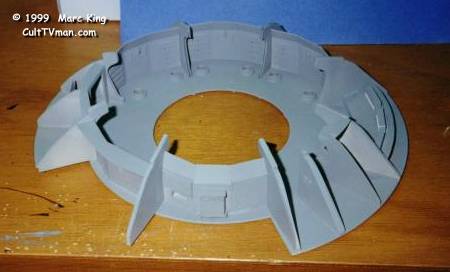 I used the floor of the PL kit of which I removed the center. This area will be covered with clear sheet frosted by light sanding and painted on one side only, this will allow light to flood the interior. The center of the freezing tube bases was also removed and will be covered with clear sheet discs also frosted. This will allow light to flow through the tubes. 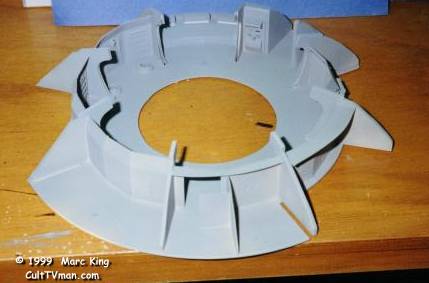 This photo shows the communications wall near the airlock entry and the main console at the front. One note on the ribs. They were constructed of 2 pieces each with a space in between. The front will eventually be covered with clear sheet. This will be done once I have finished with the overall painting. They were placed on the floor over a small opening cut out with a drill. The communications wall will have a lit screen with various small lights on the panel made up of fiber optics. 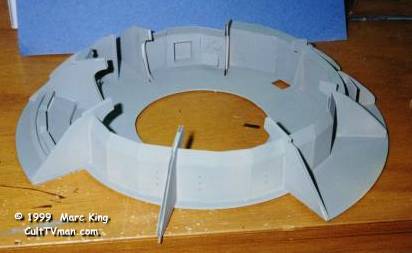 This photo shows the opposite wall with the recorder and space for the gravitational device?. I cut out a square in the floor where the ladder will be leading to the second level. 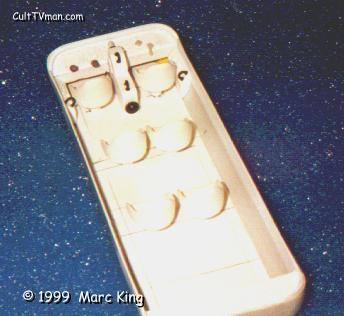 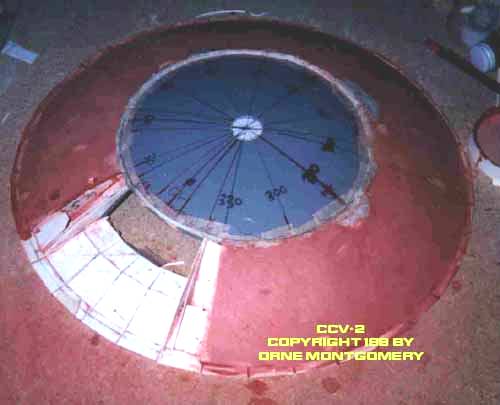