from 1999
Lez Cook presents a look at his vinyl Rancor kit from Ertl.  You wil recall that Lez recently was working on some light sabers.   You can also find some of his other models on these pages 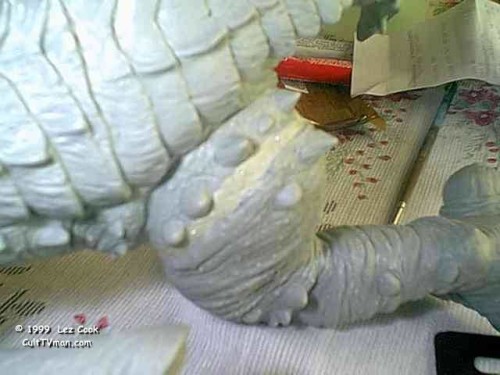 I recently became old(35) and one of the presents I received from my 10 year old daughter was the new ERTL RANCOR, and although I have never built a figure kit  before, I had admired this one several times in modeling mags, so here if you’re interested is an entirely amateur, and very non artistic persons rendition of the kit see what you think.( by the way, this is only my second vinyl kit ) .

After trimming the flash from all the major parts of the kit a quick test fit revealed that the hairdryer was going to come in quite handy, as all the smaller parts of the kit  i.e. legs,arms & Gamorean Guard had been stuffed into the Rancor’s neck, distorting it quite a bit. I first superglued both legs to the torso, and set up the level by adjusting the left foot, which has a join at the ankle then fill the gaps 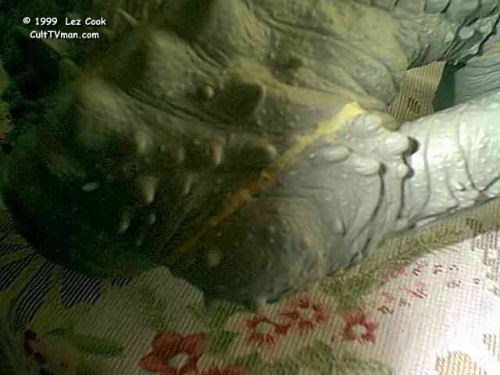 I filled the joints first with Milliput then after smoothing off with a wet cotton bud used a crumpled plastic bag to reproduce the skin texture, and when dry small blobs of Araldite Rapid applied with a scalple tip to reproduce the warty texture,  you ca just make them out in this photo. This procedure was repeated for the arms ( positioning of the right hand was left till later )

Next I filled the lower torso and legs with plaster, both to give the beast some weight and to aid it in standing if I decided not to make a Diorama base for it,  although the Gamorean Guard will act as a third leg for the piece anyway. 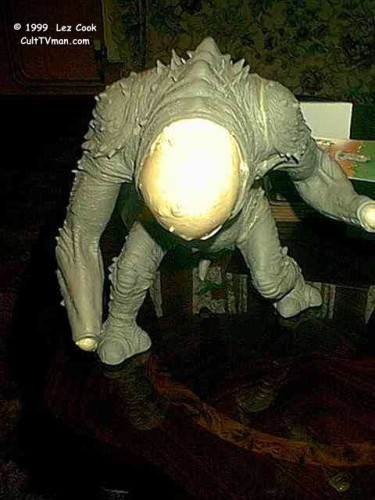 After this had dried I positioned the right arm and filled the upper torso and head, arms, hands, and Guard parts with expanding foam, this will help the piece keep its shape should it ever get over warm. 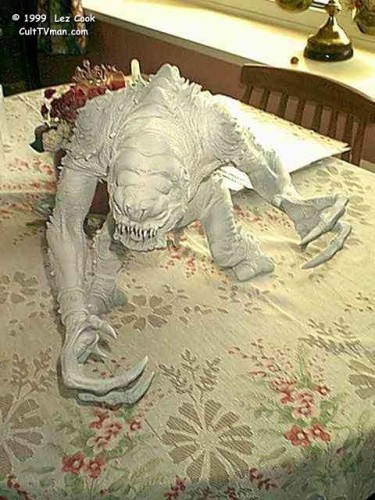 After trimming back the foam the neck was warmed and reshaped, and the head and hands stuck in place and filled, and the whole thing given a coat of plastic primer. 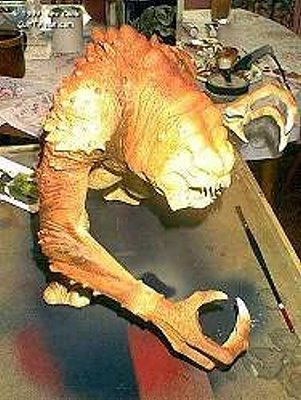 After leaving the primer 12 hours to harden I started painting using artists acrylics from tubes, mixing my own colours from the three primary’s, plus black and white. Two more firsts for me. I have decided to use the colour scheme seen in both the film footage and in the stills from The Chronicles, these are more chocolate brown and green rather than the box art cream and green. Starting with a base coat of desert sand, and gradual building up layers of chocolate brown. 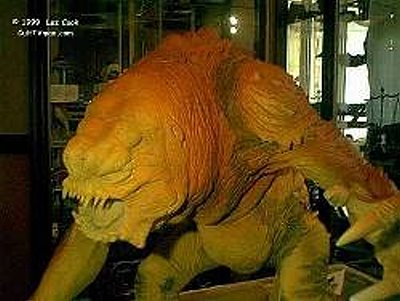 This paint is very opaque and dries much lighter than it appears ( not a bad thing ) I then added some Forest green lowlights to certain areas and overcoated them with the brown, this started to give me quite a good effect of the skin pigmentation seen on the studio model. .

Although the colours may appear far too vivid in these photographs, they will be muted quite a lot when the final blending coats and washes are applied 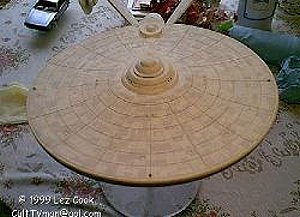 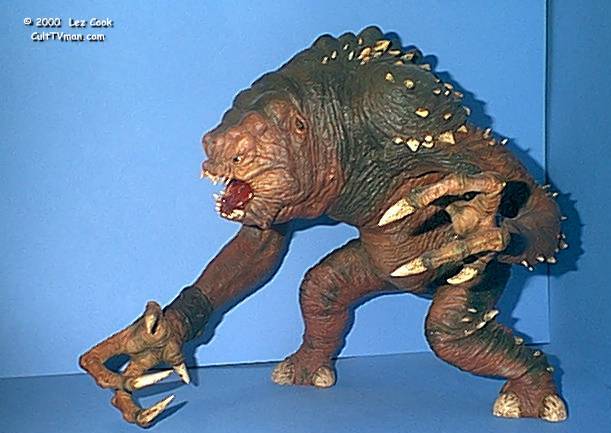 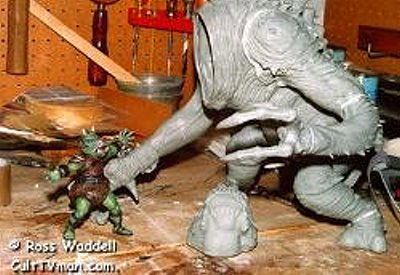