from 1999
Lastly, Mamas Pitsillis has this Skydiver from the UFO TV series

Thought you might like to see the first pictures of the Skydiver.  Its a little farther on than the pictures show but you get the idea. 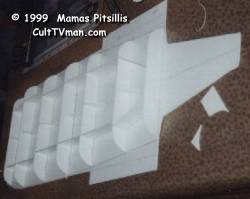 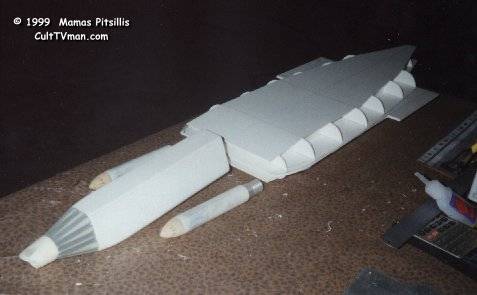 It is from the TV show UFO (circa 1969/70) the first live action show he did.  The sub patrols the depths under cover from the world until a UFO breaks through the Moonbase (Interceptor) defenses, when that happens the sub launches the front end (Sky 1) and it usually shoots it down unless of course the story needs an alien on earth, in which case the UFO is disabled but able to land,  That’s when the Shadomobiles go after it. 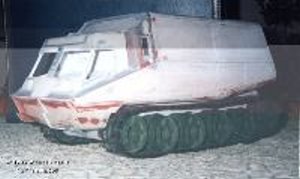