Again, this week we present a variety of models from a number of builders, featuring a variety of subjects!   First up is Vince Hoffman and his 2001 Aries.

I’m currently working on Captain Cardboard’s Aries 1B kit, it’s quit a nice kit and goes together pretty well. A lot of care has to be taken when assembling the 4 lower fuselage parts.  I’m building a cockpit for it now and I’ve been making a lot of drawings from the movie and building the cockpit from what I can see on film.  These pics show my first attempt which is rather crude and has completely the wrong shape for the arch between the front and rear cockpit areas.
Since then,  I have reviewed my sketches and watched the movie in more detail and made a second cockpit which is much more accurate.  The most difficult part to build is the arch which separates the foreword and rear cockpit areas because it has odd angles and a lot of edges that are difficult to replicate.
The cockpit at this stage is still rather crude, it has the right shapes for the walls and control console.  I’ll be adding the ceiling, as well as the  overhead console, side control panels and seats in the next few weeks. I’ll keep everyone informed of it’s progress ! 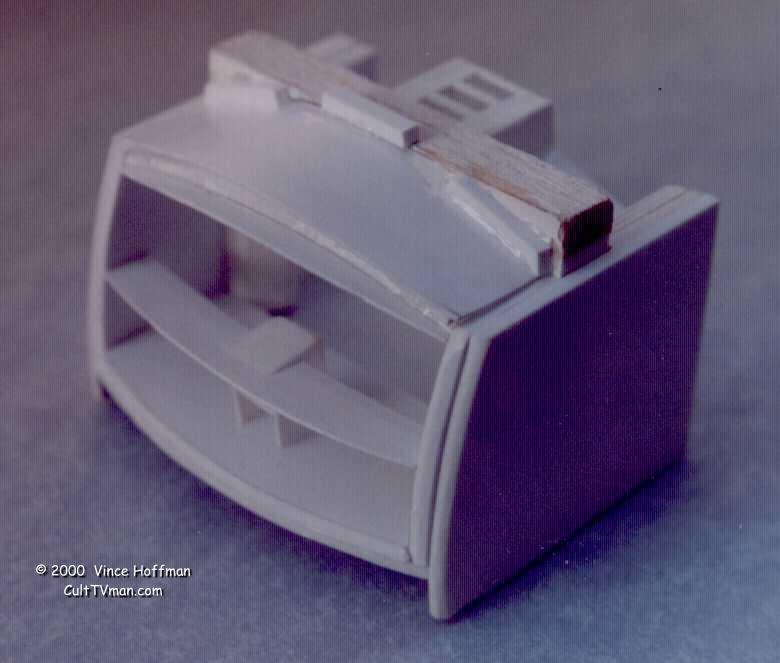 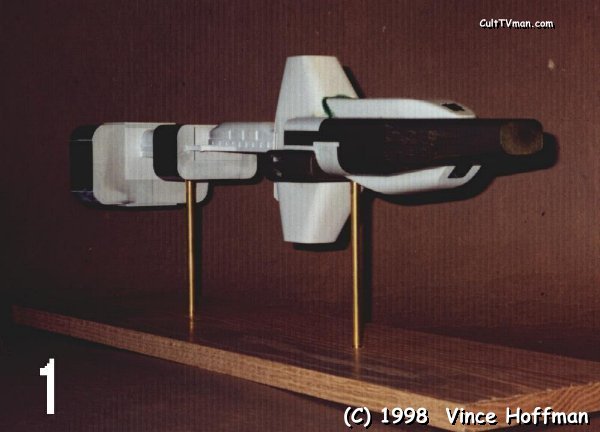