William Babington brings us his Firefox project from start to finish. 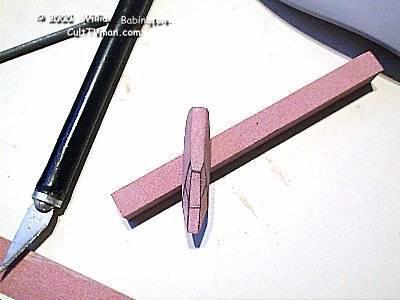 Well, here is the story of the building of the Firefox…as told my William Babington..uhh ,my story anyway…It all started out as a study of the nose of the aircraft

I was so pleased w/ the nose carving i decided to add a body to it,hence the start of the “Firefox” project… here’s another picture to show this! 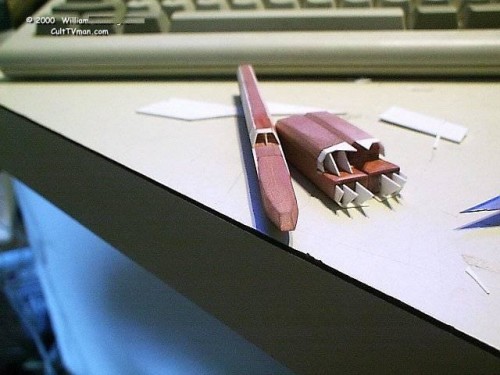 this shot shows the engines and intakes as well as the cooling strakes,the pink media i’m using is called Renshape, it’s a very dense foam and can hold a very sharpe edge…..oh joy! ! the white flanges are pieces of shaped white polystyrene…… 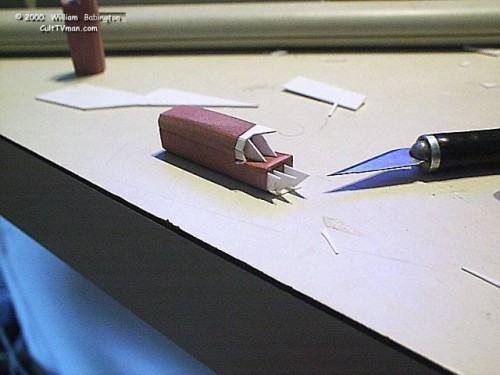 This is a close up of the engines compared to an exacto knife for scale purposes,i used a fine needle file to get all the shaping done then using tweezers applied the cooling strakes 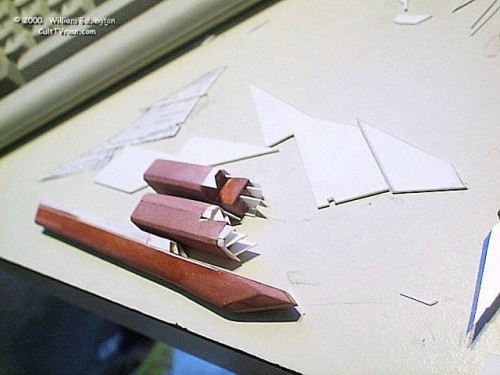 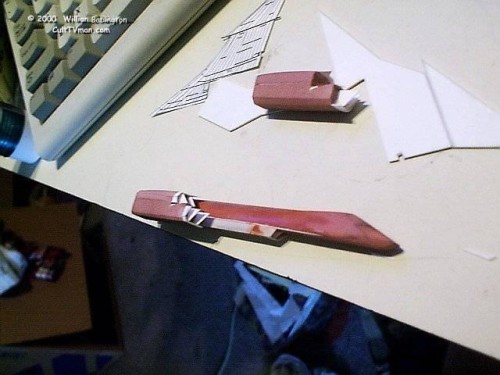 This is where i stated gluing the engines to the side of the fuselage, i like to use a product called insta cure great stuff then of couse i “kick” it(accelerator) 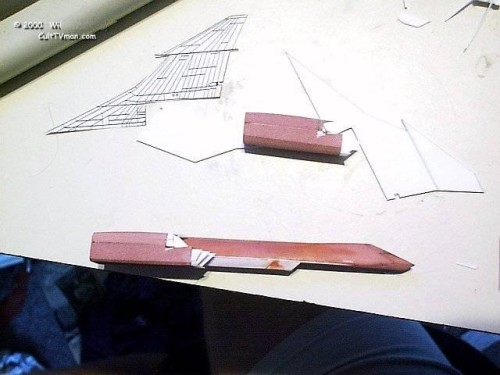 here is a picture of the side view of the fuselage with one of the engines attached,also you can see the basic primary wings sitting there as well 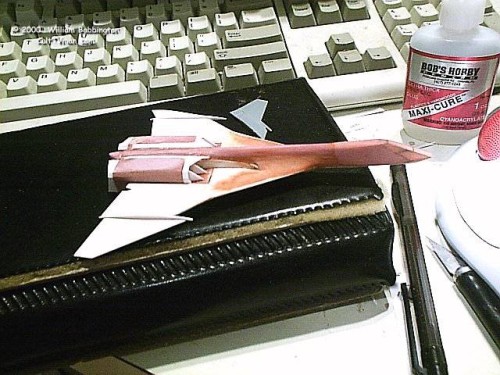 this is where all the wings have been attached the verts will be romoved to mold seperatly,but have been tacked to show how she will look…………. 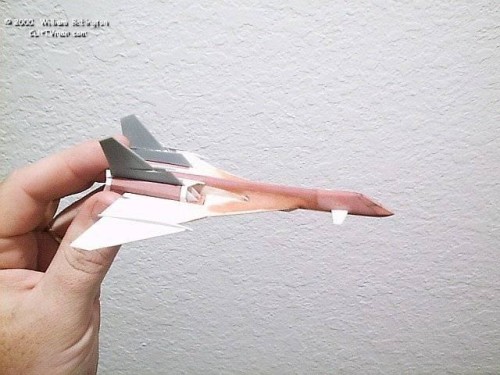 This is a pic of me holding the Firefox with all stabilizers attached,not bad huh…the next few pics to follow contain shots of the master tool worked up to the point of molding…… 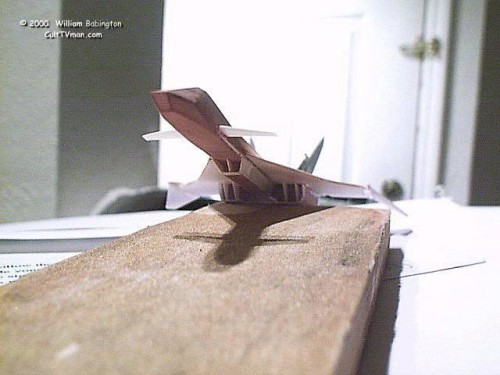 here’s an underbelly shot of the Firefox 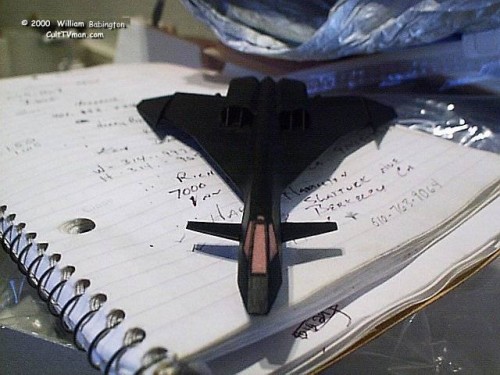 this is the master before molding…a few pics here 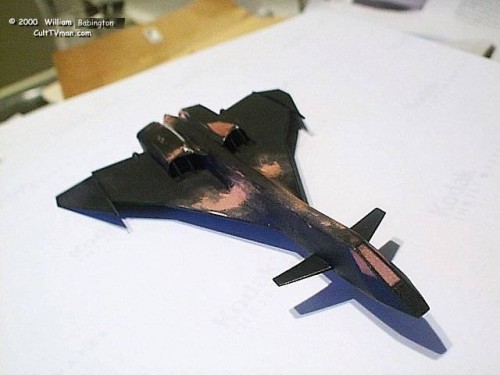 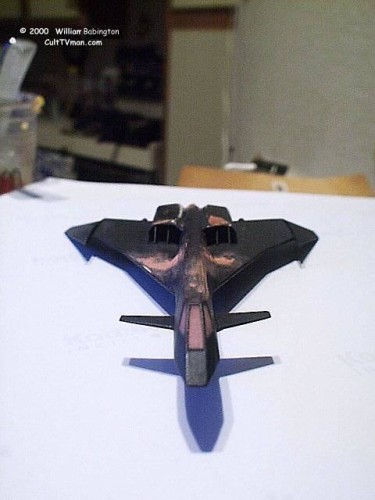 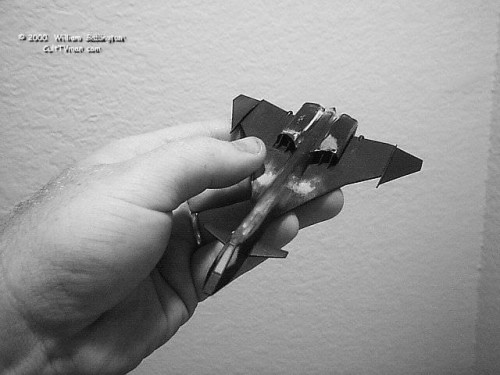 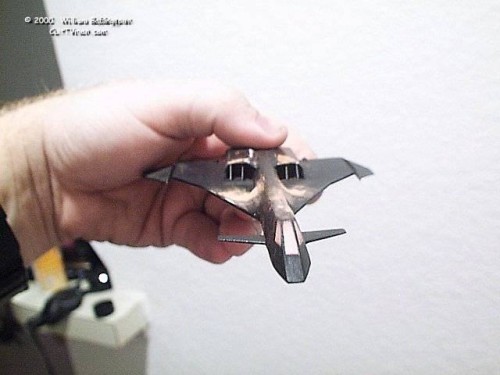 Here’s a picture of the Firefox in the mold ,i thought you guys would get a kick out of seeing this mold,and a fresh casting laying next to it…………. 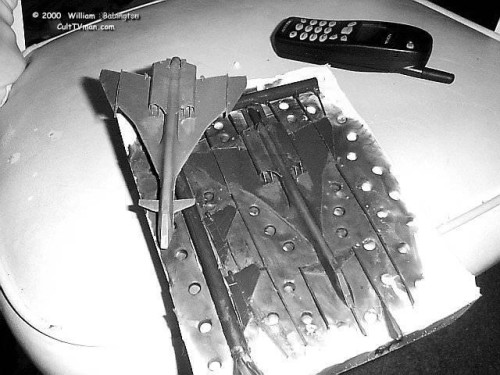 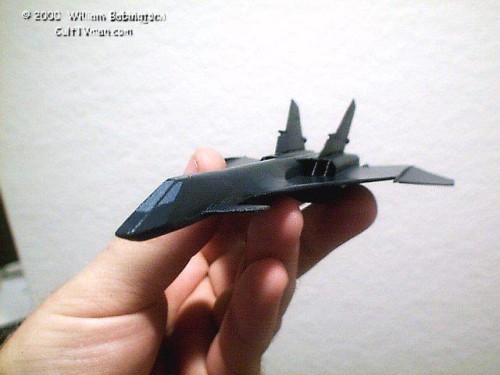